Meredith Bak is an Assistant Professor of Childhood Studies at Rutgers University-Camden. Her research and teaching interests focus on children’s media, visual, and material cultures from the nineteenth century to the present. She writes on both historical and contemporary children’s media and material culture and is at work on a book manuscript about the role of pre-cinematic visual media from optical toys to early pop-up books in shaping children as media spectators. A second project in development considers the history and theory of animate toys from talking dolls to augmented reality apps. She has conducted archival research related to nineteenth- and twentieth-century childhood at institutions across the U.S. and in Europe. She is currently a book reviews editor for H-Childhood. During the 2015-16 academic year, she was a Digital Studies Fellow at the Rutgers-Camden Digital Studies Center.

In this talk, I examine the Game Boy Camera within the context of children’s media culture in the 1990s. In particular, I situate the GBC among other sound and image recording technologies for children available in the 1990s, from Tiger’s Talk Boy tape recorder and the Yak Bak series of recording devices to Mattel’s computer-compatible digital cameras, available in gendered themes. Difficult to classify within this context, the Game Boy Camera was a hybrid form, part game, part toy, and media production tool. I consider how the camera, alongside similar products, encouraged kids to reimagine the power dynamics that structured their everyday experiences and how it operated as a pro-social technology. While many technologies are judged on the grounds of their sophistication, I contend that the GBC’s relative low-tech aesthetics and the playful experiences built into the cartridge’s structure encouraged kids to experiment with animation, music making, and more. 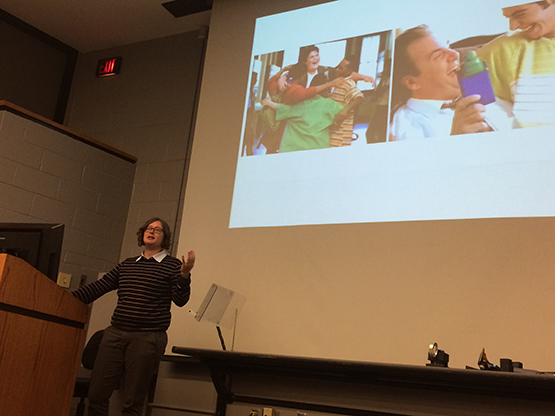